Safety is a safe condition for carrying out activities by taking into account all the potential hazards that may occur. So that in the implementation of activities/ work, workers and people around them can be minimized the level of accidents that can cause casualties, minor to serious injuries, property damage, or environmental pollution.

The potential hazards will not be the same for each activity even if the work takes place in the same location. Many factors influence the occurrence of work accidents. There needs to be very detailed analysis from a safety-man to detect early things that might interfere with work.

The publication of ISO 45001 was originally planned for October 2016. However, there were about 3,000 entries from around the world in the preparation of the 1st draft. 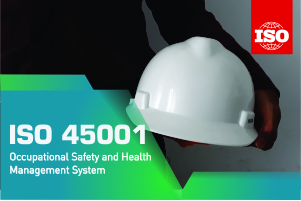 The International Organization for Standardization is an international institution consisting of experts from all over the country with the aim of providing reference guidelines for management systems. Initially, the abbreviation of the institution was OIS in English, or OIN in French (Organization Internationale de Normalization) before finally being assigned the name ISO, taken from the Greek language ISOS which means the same.

Starting from the spirit of “the same” or “equality” ISO wants a common guideline for management systems in all countries. So that the occupational safety and health management system uses ISO 45001. The ISO 45001 standard, which was released in 2018 with a transition/adjustment period of the next three years, in 2021 the guideline standard has specifically replaced OHSAS 18001: 2007.